We Welcome Mauli to GenuinelyAwkward.com!

Today, we are welcoming a West Coast rep, currently hailing from Los Angeles, CA, Mauli! She will be covering a bit of SDCC for us (fingers crossed she's able to get in to the Wynonna Earp panel!) and soon she'll be all over Killjoys as the fifth and final season is set to premiere July 19th!

In addition to a new contributer, we've also got some fun coverage coming up; we'll be going to Earper Homestead (EH) Con in Toronto and Flame Con in NYC so be sure to watch our Twitter and Instagram accounts for those coming up soon!

But first, join us in welcoming Mauli! 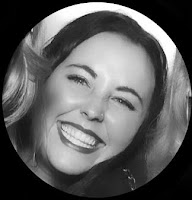