With the Oscars coming up this weekend I thought I'd be poring over the coverage leading up to Sunday's awards trying to decide who I'm hoping will be snubbed and who I am actually rooting for amongst some of my Favourites (pun intended). Instead, we're ONCE AGAIN fighting for the survival of two important shows, One Day At A Time and Wynonna Earp. I've admittedly joined both fandoms later than most but because of how much Representation Matters, I cannot let this go quietly into the night. My partner in crime on this blog, Gaby, has watched and loved both shows since their beginnings and I've enjoyed that peripherally but now, I'm going to step it up.

Back in the early 2000s, I lived in AZ and was a nerdy weird kid (and I'm proud of that). I loved Star Wars, Sci-fi, aliens, the Yankees and had this strange obsession with Tombstone, AZ. My mom and I bonded over visits to Tombstone where we'd soak up all the Western history, I would devour as many books about the Earp brothers, Doc Holliday and the shootout at OK Corall as possible, and I even fell in love with Doc through the portrayals by Dennis Quaid and (mainly) Val Kilmer. I first heard about Wynonna Earp the comic though I don't think I ever bought it or read it as I was pretty involved in the Star Wars fandom at the time. 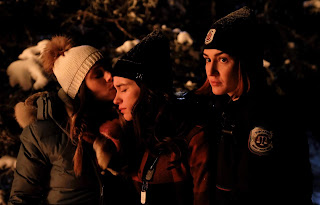 When I finally sat down to watch the show, I immediately fell in love. I binged all of it multiple times over the following few days. Not only was it a spin on a bit of US history that meant so much to me but the complexity of the characters, their kick- and badassery, the new take on demons/revenants, vampires and the inclusion of incredible queer characters who aren't just plot points; it was everything I wanted in a show and didn't even realise. And although I was aware of the fandom but chose to not become involved because of past experiences in other fandoms. However, I wish I hadn't waited so long to join in. Never have I seen, not just a fandom, but a family quite like the Earpers. This entire community, including the cast, crew, everyone is so supportive and loving. I wish it wasn't rare but boy, it is. I can be who I am, even when I still sometimes don't know who that is exactly. Jeremy said it best, "I stayed because I don't fit in here. But none of you asked me to. I'm allowed to be me."

There is clearly a reason why so many people have written, tweeted, posted about the importance of Wynonna Earp in their lives. This community, this family is worth fighting for and I am all in. 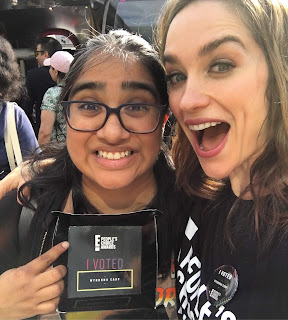