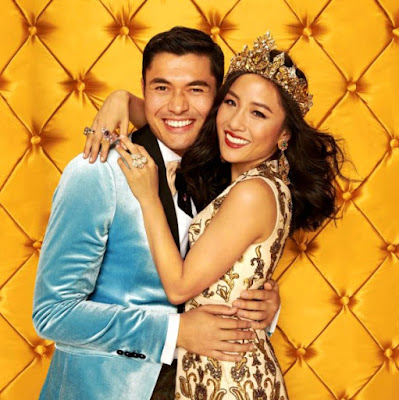 I normally don’t seek out romantic comedies to watch since Julia Roberts stopped making them. If you asked me a really good one in the last 5 years I would struggle thinking of a single one, until this past week. Crazy Rich Asians really rose above anything I was expecting. Not only was the film funny with some superb acting but it was also layered and touched some topics that were deeply relatable.
Constance Wu plays Rachel Chu, an economics professor, daughter of a single mother. The development and exposition of her character is handled at a perfect pace and every aspect you get to see of her just makes you want to root for her. There is exploration of her being an Asian American, as well as the social class she belongs to. All of these elements just elevates the story and made me care about what she goes through.
Nick Young, played by Henry Golding, is also given a great exposition throughout the film. His story is focused on his family, mainly his mother, Eleanor, played the fantastic Michelle Yeoh, and his cousin Astrid, played superbly by Gemma Chan. He is not just given the coveted bachelor role, he is a man trying to figure out how to navigate tradition, family and the love he has for this woman, and if all these things can exist in harmony.
Finally, I have to mention Awkwafina’s hilarious and scene-stealing performance. I would love to list out each and every line she delivers but then you wouldn’t be able to actually enjoy the spot-on timing that she has.

It’s difficult to explain what makes this film stand out among other romantic comedies without giving away the story itself. So I definitely recommend checking it out opening weekend!