With New York Comic Con just ten days away, I've been sifting through schedule and trying to chose what I'm most looking forward to. Now let me tell you, there are so many interesting panels and so much overlap! Plus, with the panels spread across midtown west, let's just say it's going to be an interesting and possibly incredibly healthy (with all the running) NYCC.

Here are my Thursday and Fridays choices, though I'm still struggling with scheduling! I did add a couple of conflicts especially since Saturday is basically every panel stacked on one another; the decisions are ultimately up to you!
And make sure you check out the schedule on your own because there is some seriously great programming this year! 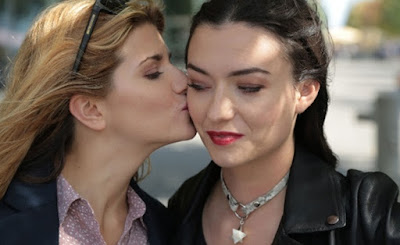 1:45-2:45PM
The Carmilla Movie: Sneak Peek with the Women in Front of and Behind the Camera
Room 1A24
The Carmilla movie was announced at last years NYCC and this year, we'll get a sneak peek of the upcoming film (including a full length trailer!!!) with stars Elise Bauman & Natasha Negovanlis and producers Steph Ouaknine & Melanie Windle. 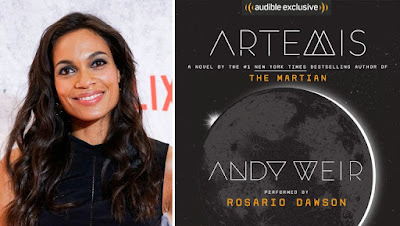 2:45-3:45PM
Audible Presents: Artemis - A Conversation with Andy Weir and Rosario Dawson
Room 1A06
We are finally getting a glimpse at Andy Weir's follow up to The Martian with the new audiobook, Artemis. Featuring the voice skills of Rosario Dawson, who joins him for the panel, the duo will give an advance sneak peek to attendees. 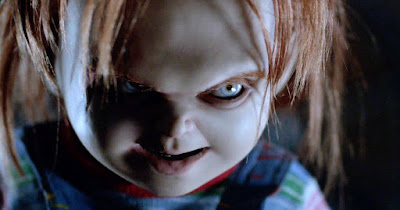 5:15-6:15PM
Child's Play/Cult of Chucky Panel
Room 1A06
Join franchise stars Brad Dourif, Fiona Dourif, Jennifer Tilly and Alex Vincent along with Chucky creator Don Mancini as they discuss everything Chucky as we near the saga's 30th anniversary in 2018. 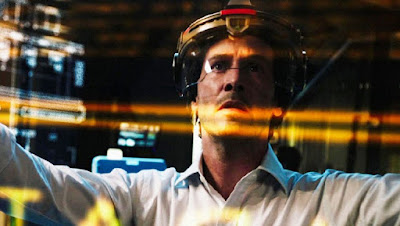 6:30-7:30PM
Keanu Reeves Discusses Replicas
Room 1A06
Keanu Reeves brings his next film Replicas to NYCC. Replicas is the story of a man who loses his wife and children in an accident and attempts to bring them back using cloning. 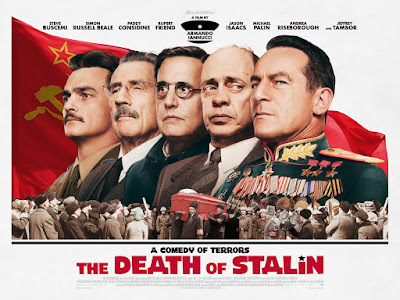 7:45-8:45PM
The Death of Stalin: Exclusive Footage and Interview with Fabien Nury for the IFC Release of the Film Based on Titan Comics Political Thriller
Room 1A06
The Death of Stalin stars Steve Buscemi and Jeffrey Tambor and follows the power struggle following the fall of Stalin based upon the comic of the same name. 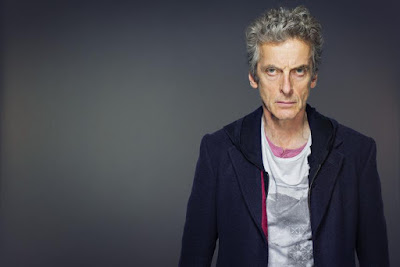 BBC America Presents: Peter Capaldi Spotlight
The Theater at Madison Square Garden
As we near the end of Peter Capaldi's time as The Doctor, NYCC and BBC AMERICA will give him the farewell he deserves, a panel of his own! 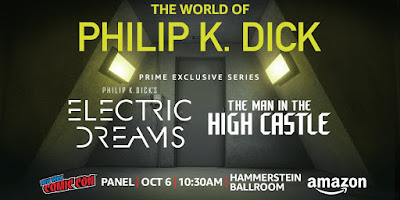 The World of Philip K. Dick - The Man in the High Castle and Philip K. Dick's Electric Dreams
Hammerstein Ballroom (311 W 34th St)
The late great Philip K. Dick will soon have not one but two of shows based upon his work featured on Amazon Prime. Philip K. Dick's Electric Dreams has already debuted in the UK and will soon be released in the US. The panel will feature actor Liam Cunningham and executive producers Michael Dinner and Ronald D. Moore. The Man in the High Castle is entering it's third season as Jason O'Mara joins the cast. Their panel will feature O'Mara alongside other cast members, Rufus Sewell and Rupert Evans, plus executive producers Eric Overmyer and Dan Percival. Also joining will be Isa Dick Hackett, EP on both series.

12:45-1:45
Dirk Gently's Holistic Detective Agency - BBC AMERICA Official Panel
Main Stage 1-D
Gaby and I went to this series' debut panel last year and fell in love with the show and the cast! After the whirlwind first season, this panel is sure to be even more thrilling as we ramp up for season two! Stars Samuel Barnett, Elijah Wood, Hannah Marks, Jade Eshete, Mpho Koaho, Fiona Dourif and creator Max Landis return for this years exciting panel!

7:45-9:15PM
Hulu and Marvel Television Present Marvel's Runaways
Main Stage 1-D
Join the cast and executive producers Josh Schwartz and Stephanie Savage as they introduce us to Marvel's Runaways, a Hulu Original! Exclusive footage to be shown but hoping they may show us a whole episode? Please? Maybe?? Panel will be moderated by the always great Jeph Loeb, master of the MCU TV series'.