For the past few years we've had to endure an awful lot of remakes (way too many, if you ask me) and there are very few that are as good or better than the original. Yesterday, Sony released the first official trailer for "Flatliners" a remake of the 1990-film starring Kiefer Sutherland, Julia Roberts and Kevin Bacon. Now with those names... it might look like a hard act to follow (it was a good film afterall).


Luckily, Sony made an interesting choice for the leads and now we'll get to see Ellen Page take Kiefer's role, Nina Dobrev, Diego Luna, James Norton and Kiersey Clemons round up the cast. Along with some cool updated special effects, this thriller has some potential to be among the few good remakes. 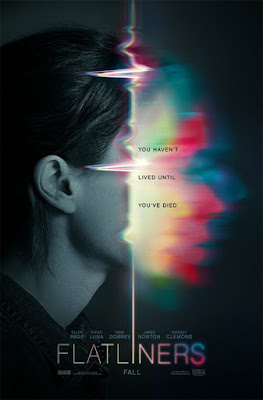 In Flatliners, five medical students, obsessed by the mystery of what lies beyond the confines of life, embark on a daring and dangerous experiment: by stopping their hearts for short periods of time, each triggers a near-death experience – giving them a firsthand account of the afterlife. But as their experiments become increasingly dangerous, they are each haunted by the sins of their pasts, brought on by the paranormal consequences of trespassing to the other side.