The Bold Type Lives Up to Its Title 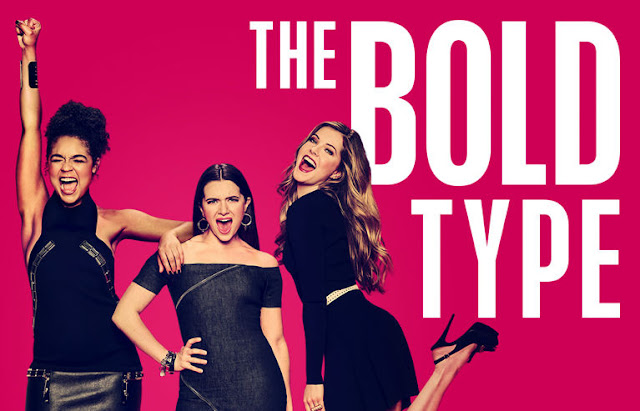 The Bold Type starring Katie Stevens (“Faking It”), Aisha Dee (“Sweet/Vicious”), Meghann Fahy (“Political Animals”) and Melora Hardin ("Transparent") is set to premiere July 11th on Freeform. Fans were treated to a one-hour sneak preview this past Tuesday, and what a treat it was. The show revolves around a group of friends who work at a women’s magazine, Scarlet. Jane (Stevens) and Kat (Dee) have been recently promoted to writer and social media director, respectively, while Sutton (Fahy) is still an assistant.

The three leads have undeniable BFF chemistry. Each bringing their own strengths, insecurities and support when they see that a friend is struggling. Jaqueline (Hardin) provides the guidance that we see missing in so many shows, she can be an authority figure, a strong woman without adding the "bitchy" stereotype that many resort to. And yeah sure, the setting of the show can be deceiving, a fashion magazine, the first thing people criticize is the standards this industry has constructed for women. But "The Bold Type" captures the fashion magazines of today, the Teen Vogues that are now woke and being political, opinionated and smart.

The preview is a great starting point and I cannot wait to see what the writers have planned for these characters! Check out the trailer below