Steven Soderbergh returns to heist films with a bang (pun intended)! Check out the trailer for his upcoming 'Logan Lucky', which is also his return to directing feature films.

Trying to reverse a family curse, brothers Jimmy (Channing Tatum) and Clyde Logan (Adam Driver) set out to execute an elaborate robbery during the legendary Coca-Cola 600 race at the Charlotte Motor Speedway.

The production shot at Charlotte Motor Speedway during the actual NASCAR Coca-Cola 600 and the Bank of America 500, as well as at Atlanta Motor Speedway. In a fun twist, six NASCAR stars pop up in non-driver cameo roles in the film. 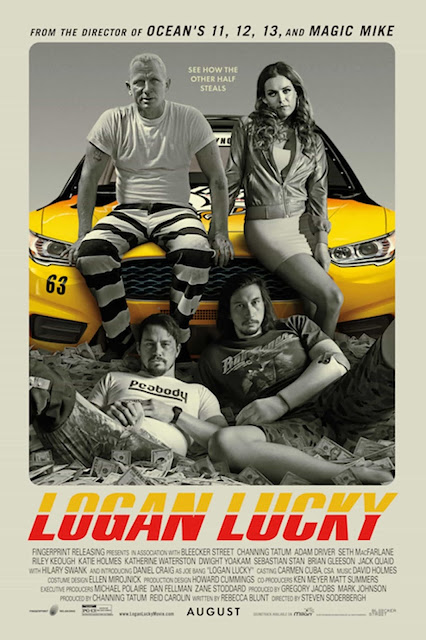