Some thoughts on tonight's episode -

We get our first glimpse at the dapper Mr. Nancy (Orlando Jones) in the powerful opening scene. A man on a slave ship headed to America calls out to Anansi for help. His response is an incredible monologue that is so relevant should be watched by all. 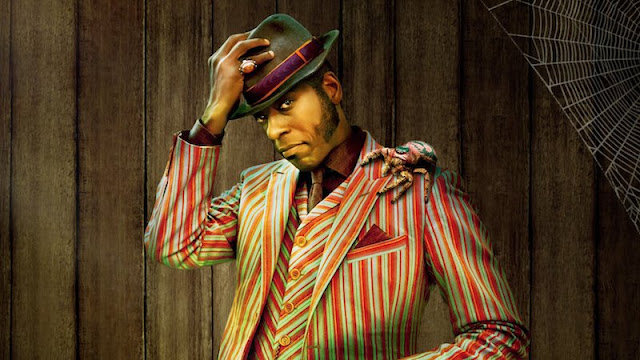 We meet quite a few new gods tonight-
Media (Gillian Anderson) makes her first appearance as Lucy Ricardo who appeals to Shadow in an attempt to convince him to join the New Gods'. This interaction, along with being beat up by Tech and visions of his dead wife, cause Shadow to believe he's losing his mind, as one would.

Two of the Zoryas, Zorya Vechernyaya (Cloris Leachman) and Zorya Utrennyaya (Martha Kelly), make physical appearances, the third is just in another room, getting some rest. 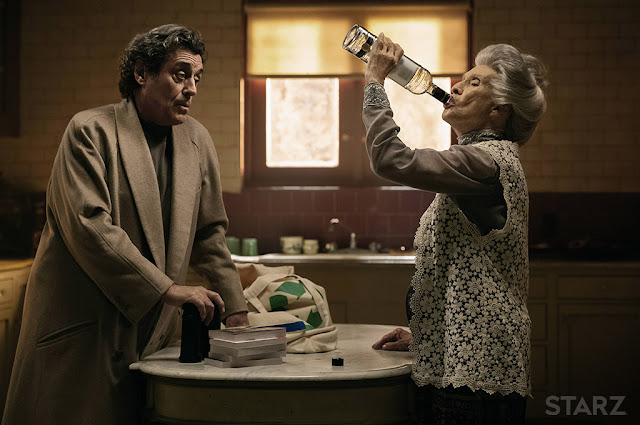 The final introduction is with Czernobog (Peter Stormare), a Slavic god who gets Shadow to play a game of checkers with his life on the line. Shasow agrees to play because Mr. Wednesday needs Czernobog to go with them.

And in case you missed it, we see the Jinn (Mousa Kraish) at the diner, leaving Mr. Wednesday.

Shadow loses the checkers game to Czernobog which may result in his skull being eviscerated like cattle in the next episode. We can also look forward to meeting the final Zorya, Zorya Polunochnaya (Erika Kaar). Love this show and cannot wait for next Sunday! 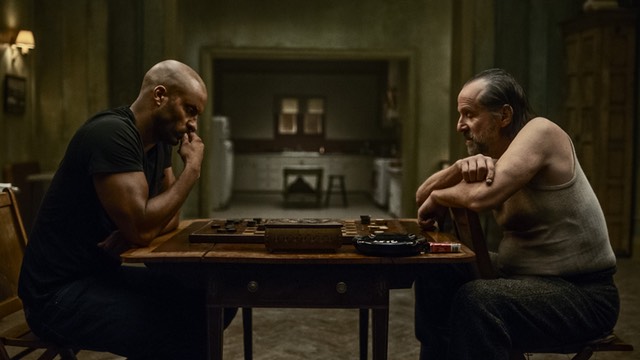 "The world is either crazy or you are." - Mr. Wednesday

"There are bigger sacrifices one might be asked to make than going a little mad." - Mr. Wednesday