The teaser poster for the upcoming ABC Television series, 'Marvel's Inhumans' has been released! 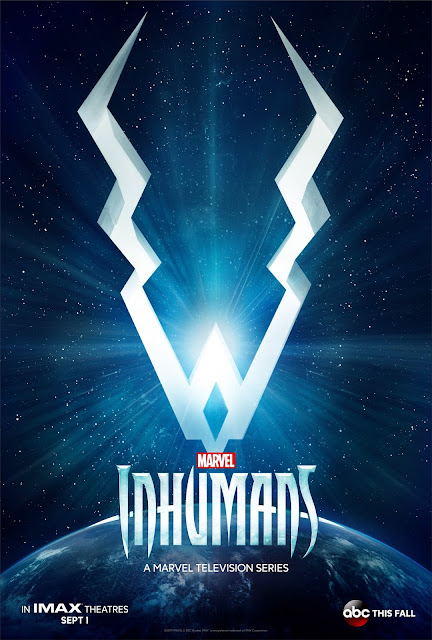 I'm pretty excited for this show as I'm back to loving Marvel's Agents of SHIELD and am intrigued with the direction they're taking the Inhumans. I'll admit, with Marvel/FOX's 'Gifted' also set to premiere, the two may have to fight for my attention with the Fox show having the high ground with Amy Acker and Stephen Moyer but nonetheless, it's looking to be a fun Fall TV season.

The Inhumans, a race of superhumans with diverse and singularly unique powers, were first introduced in Marvel Comics by Stan Lee and Jack Kirby in 1965. Since that time, they have grown in prominence and become some of the most popular and iconic characters in the Marvel Universe. “Marvel’s The Inhumans” will explore the never-before-told epic adventure of Black Bolt and the royal family. Marvel

What do you all think?