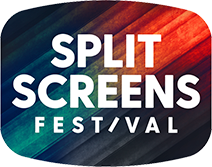 IFC Center has announced the first wave of programming for the inaugural Split Screen Festival! Curated by critic Matt Zoller Seitz, the festival will feature screenings and panels of some of today's top scripted television programs, kicking off with HBO's upcoming drama, The Deuce followed by a panel with series producer/co-star Maggie Gyllenhaal, pilot director Michelle MacLaren and series co-creator George Pelecanos.

"First and foremost, I am a fan--so studying the great work of these casts and creators has been an
honor," Seitz said in a statement. "I look forward to having both powerful and meaningful dialogue throughout the week and am excited about the opportunity to share art and craft of these programs with passionate and enthusiastic TV fans from NY and beyond." He will be moderating and hosting most of the festival's screenings and panels.
Orphan Black, an Early Fans favourite, concludes after this season which makes having almost the entire cast appearing even more exciting! Another EF favourite, Billions features televisions first non-binary major character played brilliantly by Asia Kate Dillon who will have a panel in which they along with series creators David Levien and Brian Koppelman, will discuss their groundbreaking role.
Additional programming will be announced in the upcoming weeks and given this initial , we can't wait for what's to come!
Head over to SplitScreensFestival.com for scheduling and to purchase tickets and festival passes.
Labels: Billions Festivals IFC Center Orphan Black Split Screens Festival The Girlfriend Experience TV