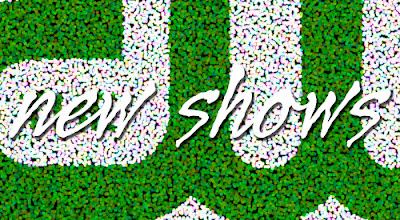 The CW had their upfront presentation in which they announced series that were renewed as well as the pickups for their upcoming schedule in the fall. Trailers for their four new pilots were released, and while sometimes they can be misleading, here's a recap and first impressions of these new shows

Fallon Carrington is charismatic, cunning, and poised to become the new COO of her father’s global energy empire – or so she thinks. When her father, Blake Carrington, summons Fallon and her brother, Steven, home in Atlanta, Fallon is horrified to learn that the reunion isn’t to announce her promotion – but rather to make the acquaintance of their stepmother-to-be, Cristal. Family dynasties flow through blood, and Fallon would sooner draw blood than call Cristal “Mom.”

Elizabeth Gillies looks like she can totally carry this show to be a success, however marketing it with "welcome to the 1% of the 1%" in these times is a bit tone-deaf. The bright side? If there is anyone that can pull off being white and rich and make it a hit is the executive producers that gave us The O.C and Gossip Girl.

Verdict: I'll give it a chance on the CW app

Jefferson Pierce is a man wrestling with a secret. Nine years ago, Pierce was gifted with the superhuman power to harness and control electricity, which he used to keep his hometown streets safe as the masked vigilante Black Lightning. However, after too many nights with his life and his family on the line, he left his Super Hero days behind. Almost a decade later, Pierce’s crime-fighting days are long behind him…or so he thought. But with crime and corruption spreading like wildfire, Black Lightning returns — to save not only his family, but also the soul of his community.

The trailer looks great and I hope the same character complexity that is shown in those bits is indicative of the show's tone. Like the other CW superhero shows it will be interesting to see possible crossovers. Huge shoutout for having not only a POC lead but also kickass WOC (and, fingers crossed, get to do awesome stuff and not be reduced to being sidekicks).

Out of all the military-themed shows that were announced this upfront season, I think this one has the "sauciest" storyline. The fact that the lead is a woman adds some points too. Come this fall, we will see if that's enough to keep audiences entertained.

Verdict: Will DVR or watch on the CW app

Stella has spent the last eight years living like she was dying (because she was). But when she finds out that her cancer has been cured, she is suddenly forced to face the long-term consequences of the “live in the moment” decisions she made. With a real future suddenly in front of her, Stella’s cinematic life snaps into reality, and instead of living like she’s dying, she will have to learn to live like she’s living, and help her family and friends do the same.

Lucy Hale has enough charisma to make me like this show, despite the absurd premise (or at least what's shown on the trailer... also, I'm not gonna get into the look-at-witty-semicolon in the logo title).

Verdict: Will give it a chance (just for Lucy)