Cancelations and Renewals, It's Upfronts time!

Next week in New York City, each of the five networks will present their upcoming schedules to advertisers (and the rest of us). This week, most networks have announced a majority of the shows they are cancelling, renewing and taking to series. Below are the current series whose fates has been decided upon. 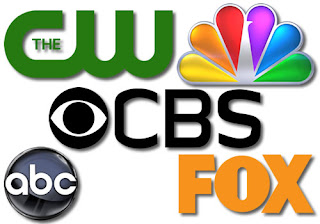 NBC
Renewed
Canceled
FOX
Renewed
Canceled
ABC
Renewed
Canceled
CBS
Renewed
Canceled
CW
Renewed
Canceled
There are still some shows up in the air but announcements are coming quickly with all determined by next week's presentations.
I'm so excited that FOX renewed The Exorcist but disappointed (though not too surprised) that they axed Pitch. They could have done so much with Pitch but after a failed (non existent) ad campaign, we won't get to see where Ginny Baker would be next season. Also great: ABC renewing Agents of S.H.I.E.L.D. and Scandal, though the latter for one last season.
Next week, we'll look more in depth at the new programs ordered by each network and the schedules for the upcoming seasons.
Upfronts
Monday- NBC and FOX
Tuesday- ABC
Wednesday- CBS
Thursday- CW
Which cancelation are you most upset by? Which renewals make you the happiest?
Stay tuned for more!
Labels: ABC Cancelations CBS CW FOX NBC Renewals Upfronts