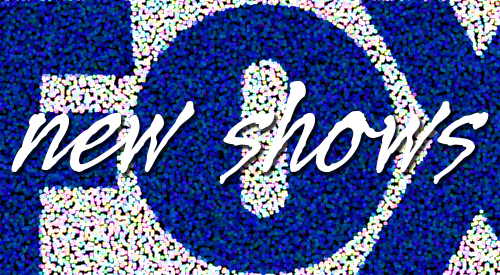 In addition to a few special events planned, four new dramas and two new comedies were picked up by FOX this year. After the success of last year's Grease Live!, FOX will be presenting live productions of A Christmas Story and Rent. As a fan of musical theatre, I really want the casting for both to be spot on. They have also added a comedy game show tentatively named Hypnotize Me. They've presented a pretty strong line-up this year, here's hoping nothing goes too quickly! Here are the six new series hitting FOX this fall. 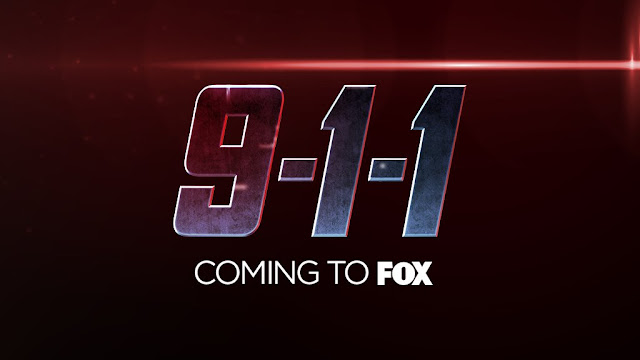 No trailer has been released for 9-1-1 but given the record of hits from Ryan Murphy and Brad Falchuk and with Angela Bassett set to lead the series, the series already has an edge over the competition.

From prolific creators Ryan Murphy and Brad Falchuk, new procedural drama 9-1-1 is a fast-paced exploration into the lives and careers of first responders – cops, paramedics, firefighters – the people who put their lives on the line to save others. Starring Academy and Emmy Award nominee and Golden Globe winner Angela Bassett (“American Horror Story,” “What’s Love Got to Do with It”), the series is based on the real-life, high-pressure experiences of emergency response providers who are thrust into heart-stopping situations that are equal parts unpredictable, intense and uplifting.

Verdict: The premise reminds me a bit of Third Watch, a show I watched regularly during its run. I will probably watch this through streaming.
'9-1-1' is slated for a midseason debut. 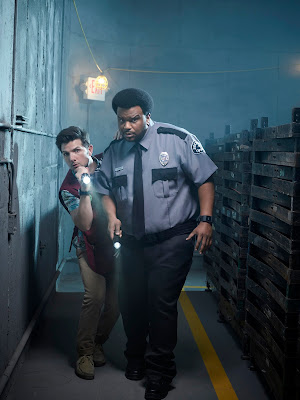 With the hilarious duo of Craig Robinson and Adam Scott both starring and producing this series, it's looking like it'll be a hilariously wild ride. Alongside The Last Man on Earth, this quirky comedy could gain quite a following.

A cynical skeptic (Craig Robinson) and a genius “true believer” in the paranormal (Adam Scott), are recruited by a secret government agency to look into the rampant “unexplained” activity in Los Angeles -- all while uncovering a larger mystery that could threaten the existence of the human race.

Verdict: I'll probably give this a chance and catch up through streaming.
'Ghosted' is set to premiere Fall 2017. 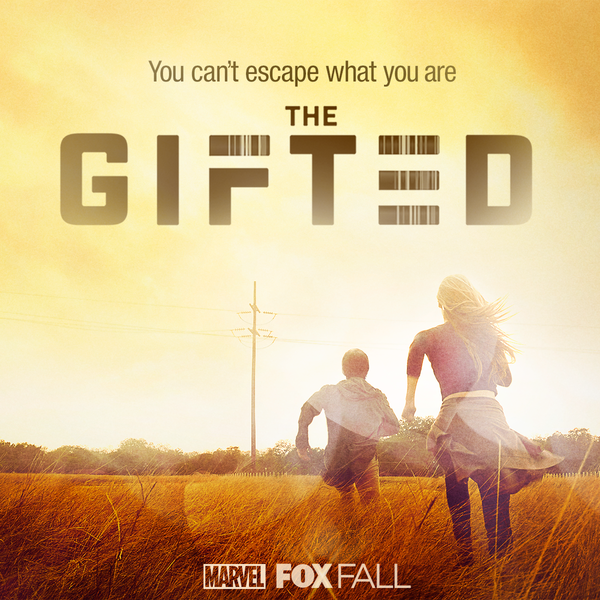 This seems to be the show FOX has put most of their hopes behind. Set somewhere in the X-Men universe, the show is intriguing in the set up and looks to be perfect for a deeper look at mutants. It stars two of Early Fans' favourites, Amy Acker and Stephen Moyer, along with a slew of other newcomers and veterans - Sean Teale, Jamie Chung, Coby Bell, Emma Dumont, Blair Redford, John Proudstar, Natalie Alyn Lind and Percy Hynes White.

Family adventure series THE GIFTED, from 20th Century Fox Television in association with Marvel Television, tells the story of a suburban couple whose ordinary lives are rocked by the sudden discovery that their children possess mutant powers. Forced to go on the run from a hostile government, the family joins up with an underground network of mutants and must fight to survive.

Verdict: This is my most anticipated show of the season. I will definitely watch this.
'The Gifted' is set to premiere this Fall!
LA>Vegas 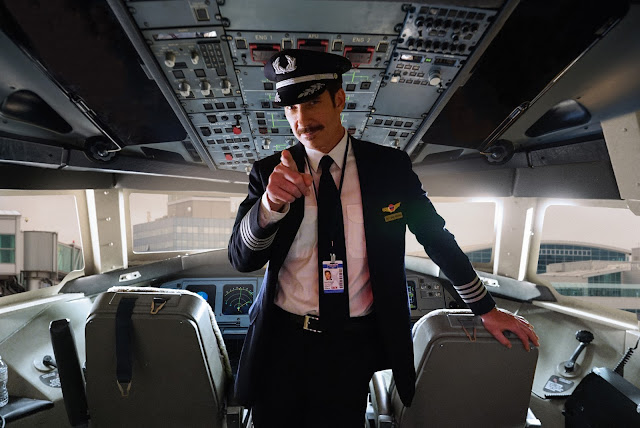 Created by Lon Zimmet, who is also set to Executive Produce along with Will Ferrell, Adam McKay, Chris Henchy and Steve Levitan, this show has contemporary comedy masters behind it giving it an upper hand over other new comedies. It also stars one of my favourites, Dylan McDermott whom we don't get to see do comedy nearly often enough but when he does, he's definitely got a talent for it. Kim Matula, Amir Talai, Nathan Lee Graham, and Ed Weeks also star.

LA>Vegas is an ensemble workplace comedy about an airline crew and the eccentric passengers who, every weekend, take the roundtrip flight from Burbank to Las Vegas with one goal in mind – to come back a winner.

Verdict: I will give this a chance or catch up through streaming if only because of my love for Dylan McDermott (and Ed Weeks).
'LA>Vegas' will have a midseason premiere. 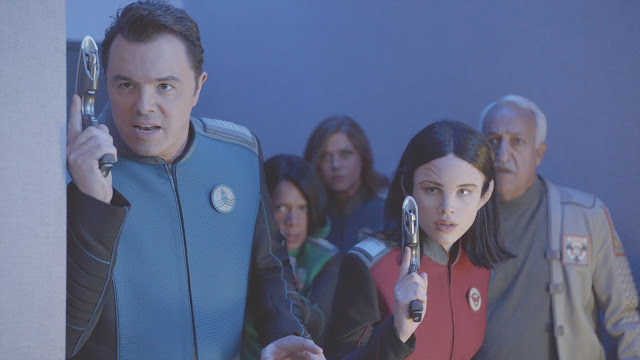 A 'Star Trek' parody from Seth McFarlane and Jon Favreu, this series has the makings of a cult hit. Here's hoping the execution is a good as the premise.

THE ORVILLE is a one-hour science fiction series set 400 years in the future that follows the adventures of the U.S.S. Orville, a mid-level exploratory vessel. Its crew, both human and alien, faces the wonders and dangers of outer space, while also dealing with the familiar, often humorous problems of regular people in a workplace…even though some of those people are from other planets, and the workplace is a faster-than-light spaceship.

Verdict: I'll admit, the trailer didn't capture me as much as I'd like it to. However, I will be giving this a chance but probably just through streaming because it's basically Star Trek and Family Guy combined.
'The Orville' will premiere Fall 2017. 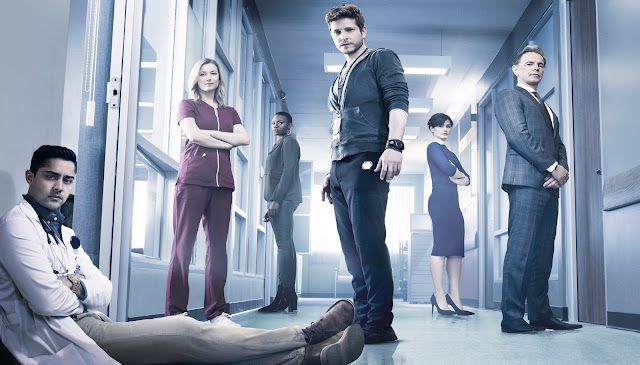 Focusing on three doctors at different stages of their careers and a dedicated young nurse, THE RESIDENT is a provocative new medical drama that rips back the curtain to reveal the truth of what really happens, both good and bad, in hospitals across the country.

Verdict: The trailer has me intrigued. That, along with the cast makes me want to give it a chance.
'The Resident' will have a midseason premiere.

'The X-Files' will have another 10 episode event series! Expect a midseason debut. 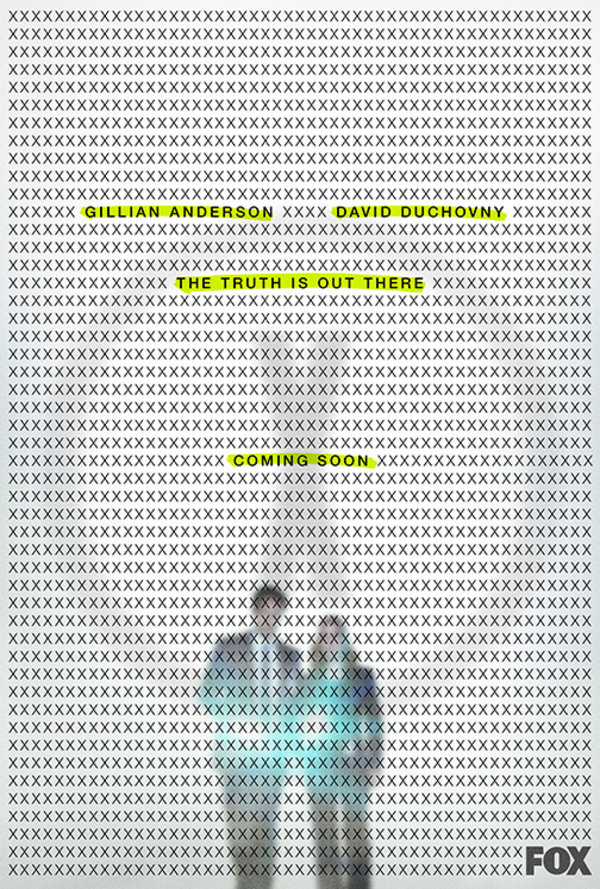 Labels: 9-1-1 FOX Ghosted LA to Vegas The Gifted The Orville The Resident The X-Files Upfront