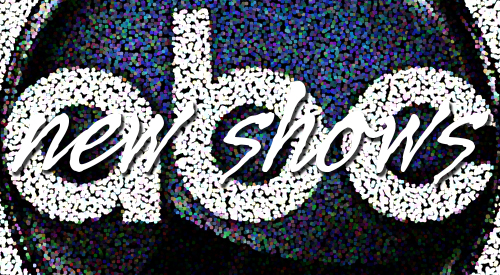 ABC has released it schedule which includes four dramas and one half hour comedy for Fall and four more for midseason. They have also announced the return of the hit sitcom, Roseanne! Here are the official synopsis and trailers for the upcoming shows. 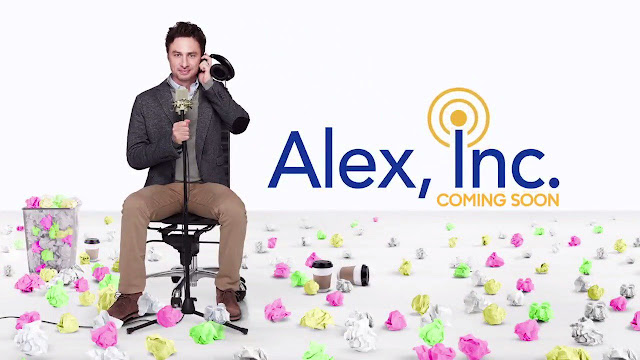 Zach Braff returns to television with 'Alex, Inc.' which he writes, stars in and executive produces!

Inspired by the podcast StartUp, Alex Schuman (Zach Braff) is a brilliant radio journalist, husband and father of two who is about to do something crazy—quit his job and start his own company. He quickly discovers it's going to be a lot harder than he thought.

Verdict: Zach Braff makes me want to give this show a chance, though probably through streaming.

'Alex, Inc.' is set for a midseason premiere.

This series had the most intriguing trailer of ABC's lineup. With another dip into sci-fi/fantasy, ABC is hoping for another LOST.

Refugees from a war-torn country seek asylum in a small American fishing town, only the country these people are from is America… and the war they are fleeing hasn't happened yet.. As the government tries to uncover the truth behind this mysterious migration only one thing is certain: The lives of the people here — both the townspeople and these newcomers — will never be the same.

Verdict: If the show can live up to it's trailer, it could be a hit. I will watch this.

'The Crossing' is set for a midseason premiere.
Deception

It's basically a Sherlock Holmes-as-an-illusionist series. Depending on what illusions they pull off and whether they aren't hokey, could be interesting.

When his career is ruined by scandal, superstar magician Cameron Black has only one place to turn to practice his art of deception, influence and illusion — the FBI. Using every trick in the book and inventing new ones, he will help the government catch the world's most elusive criminals while staging the biggest illusions of his career.

Verdict: With illusionist back in style, it'll be interesting to see how well this show does. I will give this a chance by streaming it.
'Deception' is set for a midseason premiere.
For The People 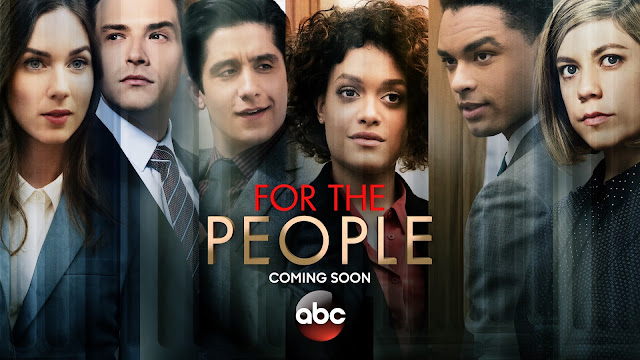 Another Shondaland show but this time, in a courtroom. Let's see how this series sets itself apart from other courtroom/lawyer dramas, which I'm sure it will since it will have the Shonda-esque feel.

Set in the United States District Court for the Southern District of New York, aka "The Mother Court," this new Shondaland drama coming to ABC follows brand-new lawyers working for both the defense and the prosecution handling the most high-profile and high-stakes federal cases in the country—all as their lives intersect in and out of the courtroom.

Verdict: Not sure whether I will watch as it's been tough staying with Shondaland shows in the later years. Maybe I'll watch on ABC.com.

'For The People' is set for a midseason premiere.

This show touches on an interesting topic and I look forward to seeing where they go with it.

Shaun Murphy (Freddie Highmore, Bates Motel), a young surgeon with autism and savant syndrome, relocates from a quiet country life to join a prestigious hospital's surgical unit. Alone in the world and unable to personally connect with those around him, Shaun uses his extraordinary medical gifts to save lives and challenge the skepticism of his colleagues.

Verdict: I would like to give this show a chance, despite my misgivings.
'The Good Doctor' premieres Mondays 10/9c this Fall.
The Gospel of Kevin

By the looks of the trailer, this show has an optimistic look on the future however, I'm not sure how much they can and will do with the premise. We'll see!

Kevin Finn (Jason Ritter), a cluelessly self-serving person, is on a dangerous path to despair. In a downward spiral, Kevin returns home to stay with his widowed twin sister (JoAnna Garcia Swisher) and niece.  On his first night there, an unlikely celestial being named Yvette (Cristela Alonzo) appears to him and presents him with a mission—to save the world.

Verdict: I'll be giving this a chance, if only for Jason Ritter and Cristela Alonzo.

'The Gospel of Kevin' premieres Tuesdays 10/9c this Fall.

We've discussed this show briefly and as we mentioned before, I'm incredibly excited about how this will open up the television universe and whether it will bleed any more into the MCU.

The Inhumans, a race of superhumans with diverse and singularly unique powers, were first introduced in Marvel Comics by Stan Lee and Jack Kirby in 1965. Since that time, they have grown in prominence and become some of the most popular and iconic characters in the Marvel Universe. Marvel's Inhumans will explore the never-before-told epic adventure of Black Bolt and the royal family.

Verdict: It's Marvel so I will definitely watch this.
'Marvel's Inhumans' premieres Fridays 9/8c this Fall. The first two episodes will premiere in IMAX on September 1st.

One of EP's is Daveed Diggs with the series featuring original music by Diggs, add in the premise and I can't imagine this not being a hit.

Young rapper Courtney Rose (Brandon Micheal Hall) needs his big break. For years, he's toiled away in a small inner-city apartment, making music in his junk-filled bedroom closet. Tired of waiting for opportunity, Courtney cooks up the publicity stunt of the century: Running for mayor of his hometown in California to generate buzz for his music career. Unfortunately for Courtney, his master plan goes wildly awry, ending in the most terrifying of outcomes: An election victory. With the help of his mother (Yvette Nicole Brown) and friends, including Valentina (Lea Michele), Courtney will have to overcome his hubris if he wants to transform the struggling city he loves.

Verdict: This show is timely and with the creatives behind it, I will absolutely watch this.

Anything that gets Jenna Fischer back on TV is alright by me! Add in Oliver Hudson and it's looking GREAT to me.

Based on the Danish series, Splitting Up Together is the story of a couple (Jenna Fischer, The Office, Oliver Hudson, Scream Queens) whose marriage is reignited by their divorce.

Verdict: The fantastic cast will have me tuning in to this show.

'Splitting Up Together' is set for a midseason premiere.

Ten Days in the Valley

The trailer for 'Ten Days in the Valley' is a pretty much a roller coaster.

Ten Days in the Valley stars Kyra Sedgwick as Jane Sadler, an overworked television producer and single mother in the middle of a separation whose life is turned upside down when her young daughter goes missing in the middle of the night. Just like her controversial police TV show, everything is a mystery, everyone has a secret and no one can be trusted.

Verdict: Kyra Sedwick back on my TV screen, I'm in. I'll give this a chance and stream this through the ABC app for sure.

'Ten Days in the Valley' premieres Sundays 10|9c this Fall.

Bonus:
Roseanne returns to ABC in 2018! I'll admit, I wasn't all that excited until I saw this trailer!!! AH! Brought back so many memories of watching this show!

Labels: ABC Alex Inc Deception For the People Marvels Inhumans New Shows Roseanne Splitting Up Together Ten Days in the Valley The Crossing The Good Doctor The Gospell of Kevin The Mayor Upfront