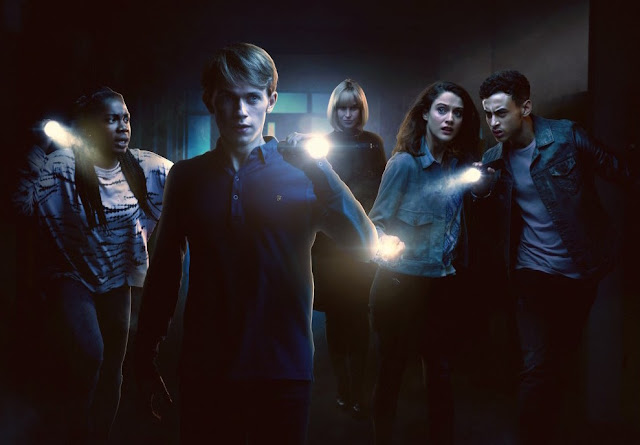 Class is the new BBC America Doctor Who spinoff revolving around the Coal Hill School, a storied institution in the Whoverse. Four students take center stage as mysteries and dangers surround them and they fight to survive.
I was fortunate enough to be in London shortly after the premiere and was able to catch the first two episodes! The pilot introduces our heroes, four students and one of their instructors, as they battle a monster tied to the past of one of the students. The Doctor (Peter Capaldi) is featured in this episode and without giving anything away, I have to say, I love his appearance! There are even a few nods to past adventures throughout the episode. The show looks to be shaping out to be an incredibly engaging and seems to weave the world of Doctor Who into a familiar yet new setting. 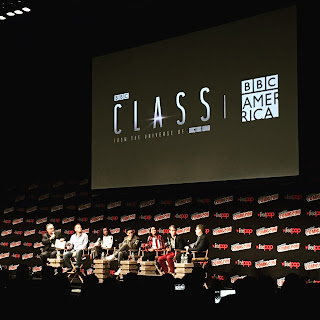 During New York Comic Con, the four leads, Vivian Oparah, Fady Elsayed, Sophie Hopkins, and Greg Austin, came to promote and participate in the BBC America Takeover along with the casts of Dirk Gently and Doctor Who. They were so delightful and completely ecstatic about being a part of the show and their enthusiasm seemed to carry on in the audience! Personally, I can't wait for the show to premiere in the US, not only because I'd like to see more than just two episodes but because I'd love to chat with someone about the show.

I'd like to again thank the lovely cast for being so kind during their New York trip. We were lucky enough to get to meet them and chat and were even there for the second Serena Williams incident. Be sure to check out Greg Austin's vlog about their trip; their zeal is evident!