The series may have been filmed last summer but the timing of its release is so important. Good Girls Revolt brings so many of the issues that this election cycle has brought up and puts them in a historical context. As with the objectification of women in the 60s, when the series is set, and the situations they had to endure, we are still seeing variations of this type of sexism more than 50 years later (if Chelsea Cain being driven off Twitter isn't proof enough that some industries are still strictly a "boys club," I don't know what is). So much about GGR is, unfortunately, relatable with the situations these women are in. It balances the extreme sexism of that time with instances that are dismissed as "workplace disagreements." In reality, this wave off is more dangerous. Dangerous because it is accepted as something normal, when it's not, nor should it be. 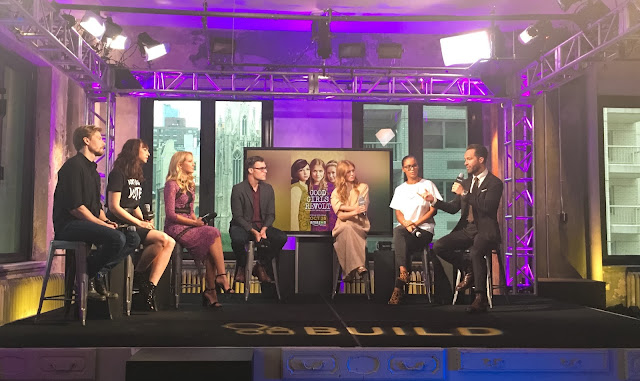 The show also does well in exploring the relationship among women in the office setting. As the cast discussed at a panel in New York, the pitting of women against women for a spot is another way that this group and other minority groups have been kept on check. This seems to be something that will be explored in depth later on in the series. Here's hoping that Good Girls Revolt maintains the momentum it built from that first episode and carries it through the season.
Good Girls Revolt is currently streaming on Amazon.
Starring Genevieve Angelson, Anna Camp, Joy Bryant, Erin Darke, Hunter Parrish and Chris Diamantopoulos